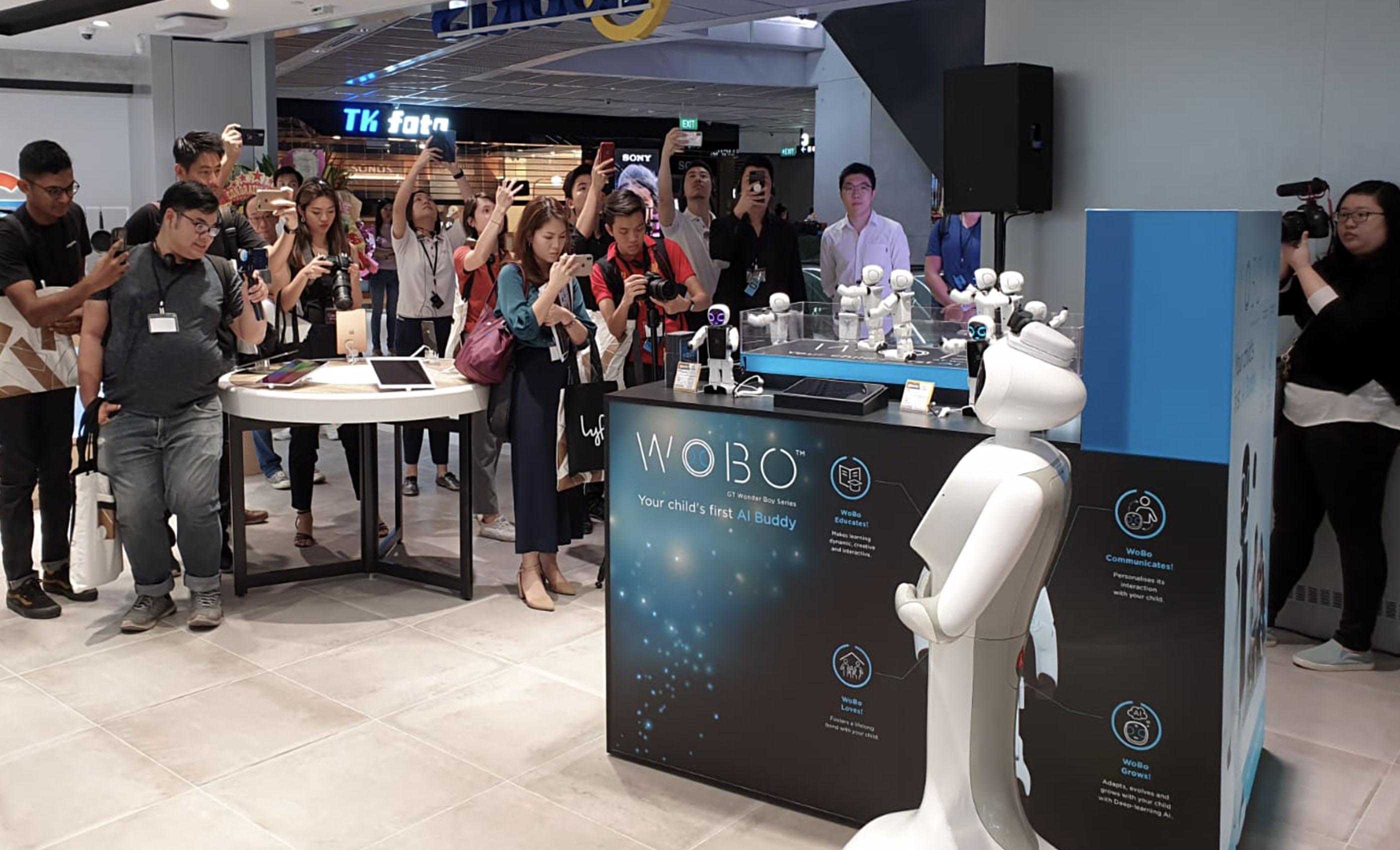 GT Wonder Boy is a child-friendly social AI invented by GT Robot Technology. It is an artificial intelligence that adapts and learns as your child grows. It provides companionship, sparks conversations, and ignites children’s imagination and curiosity. GT Wonder Boy was reported extensively by local media platforms like The Straits Times and featured in major international IT conventions such as the Beijing World Robot Conference 2017 and CES 2019 at Las Vegas.

A new series of the GT Wonder Boy was slated to be sold to the public exclusively at Courts – Funan IT Mall on 29th June 2019. Hence, Adwright was appointed to position the product to be ready for Courts’ retail demographics. A new comprehensive brand image had to be conceptualised to launch the robot comprising of brand naming, communicative brochure, packaging, display shelving and advertising design. 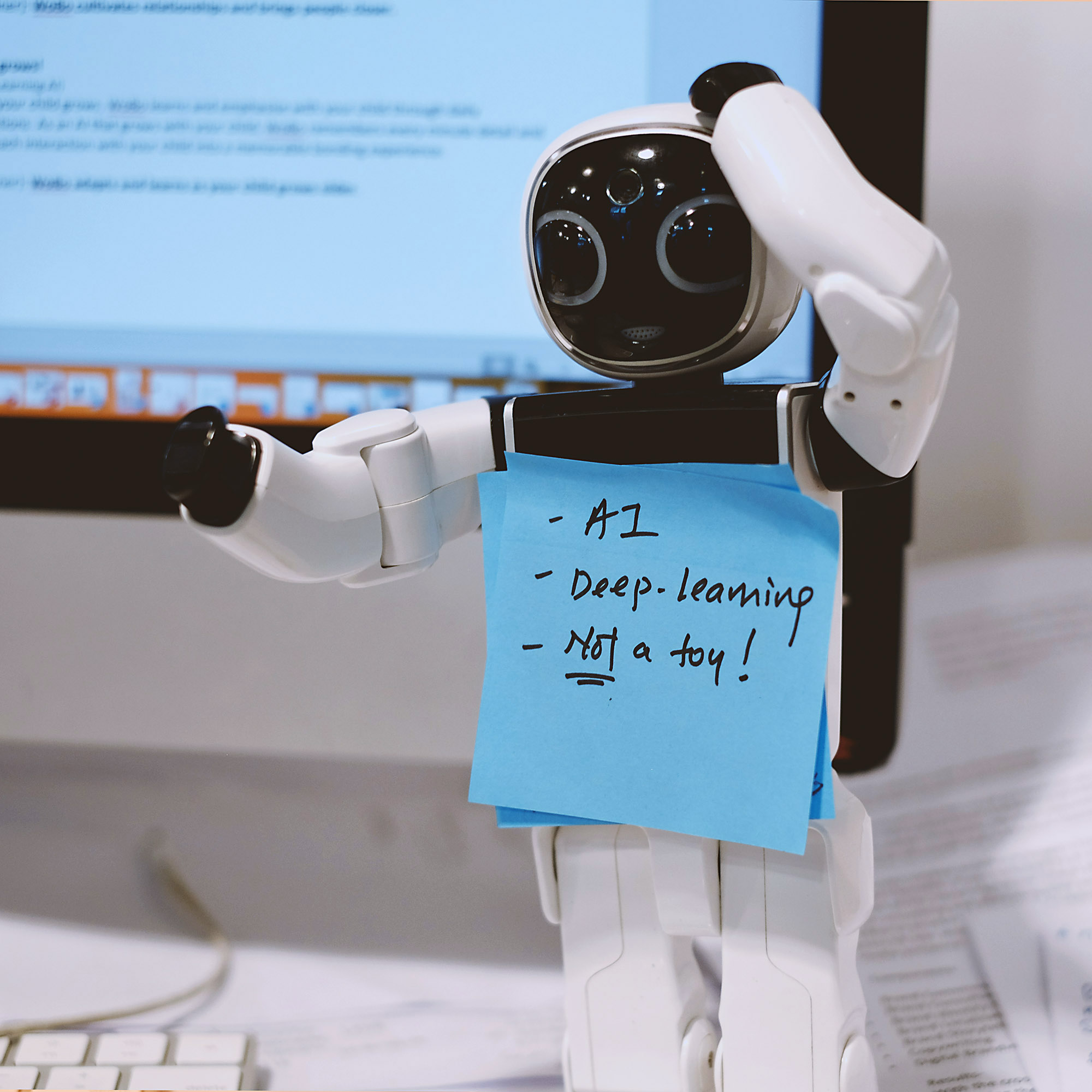 Adwright conducted online research on various AI companion robots available in the market. The team examined how the AI’s benefits and functions were being communicated to the product’s intended audiences.

From the research findings, Adwright refined GT Wonder Boy’s brand communication with parents by emphasising on the AI’s child-related benefits. A list of product functions and benefits were adapted and designed into icons which were used on every communication material.

For GT Wonder Boy to be commercialised and made available to the public, a new name was needed. The name had to be memorable yet catchy for children and parents.

– Derived and inspired by “Wonder Boy”, WoBo is an acronym of the original name. It gave the original name a fresh take and sound while retaining its brand equity. The name ‘WoBo’ was also simple and child-like; easy for children to relate, call out, and be attracted to.

The name ‘WoBo’ was ultimately selected out of the 3 proposed names. The simplicity and catchiness of ‘WoBo’ caught the attention and hearts of the executives at GT Robot Technology.

The logo displayed a friendly, futuristic and neon-influenced design inspired by WoBo’s head and eyes. The logo typography composed of a set of uniquely designed letters that represented the cutting edge AI technology and the stylistic symbol of WoBo’s head and eyes. The newly minted logo and brand identity were then applied across the product’s packaging, display shelves, advertisements, and microsite to ensure consistent brand messaging. 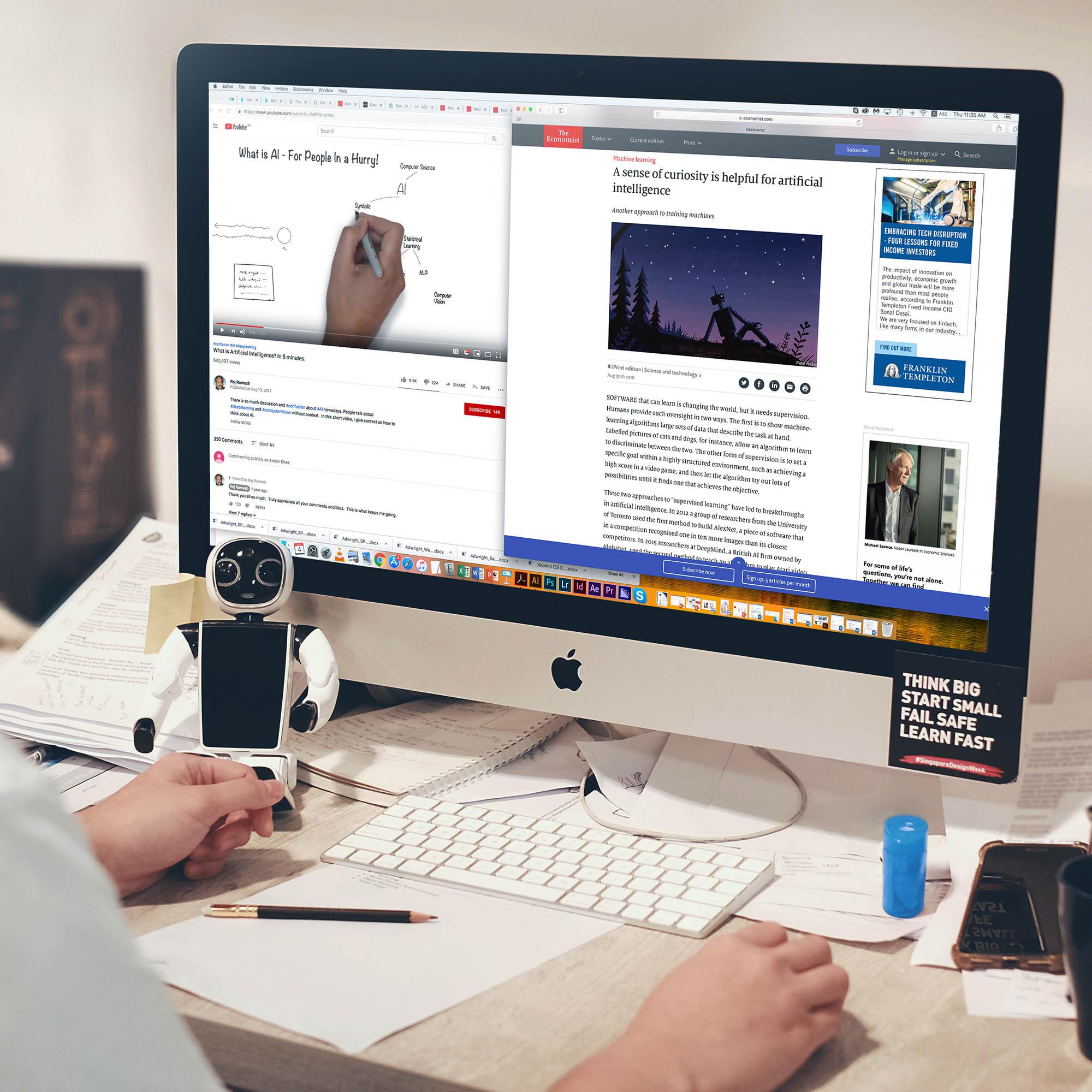 The visual message concept was also adapted to brochures which would be given during the Courts retail launch. The brochures incorporated the functional and emotional aspects of the key messages with technicalities of WoBo’s functions. The brochure served as an introductory tool to educate audiences on how WoBo can aid with their daily life through its various actions. The brochures also acted as a visual material that aimed to convert consumers into interested customers. 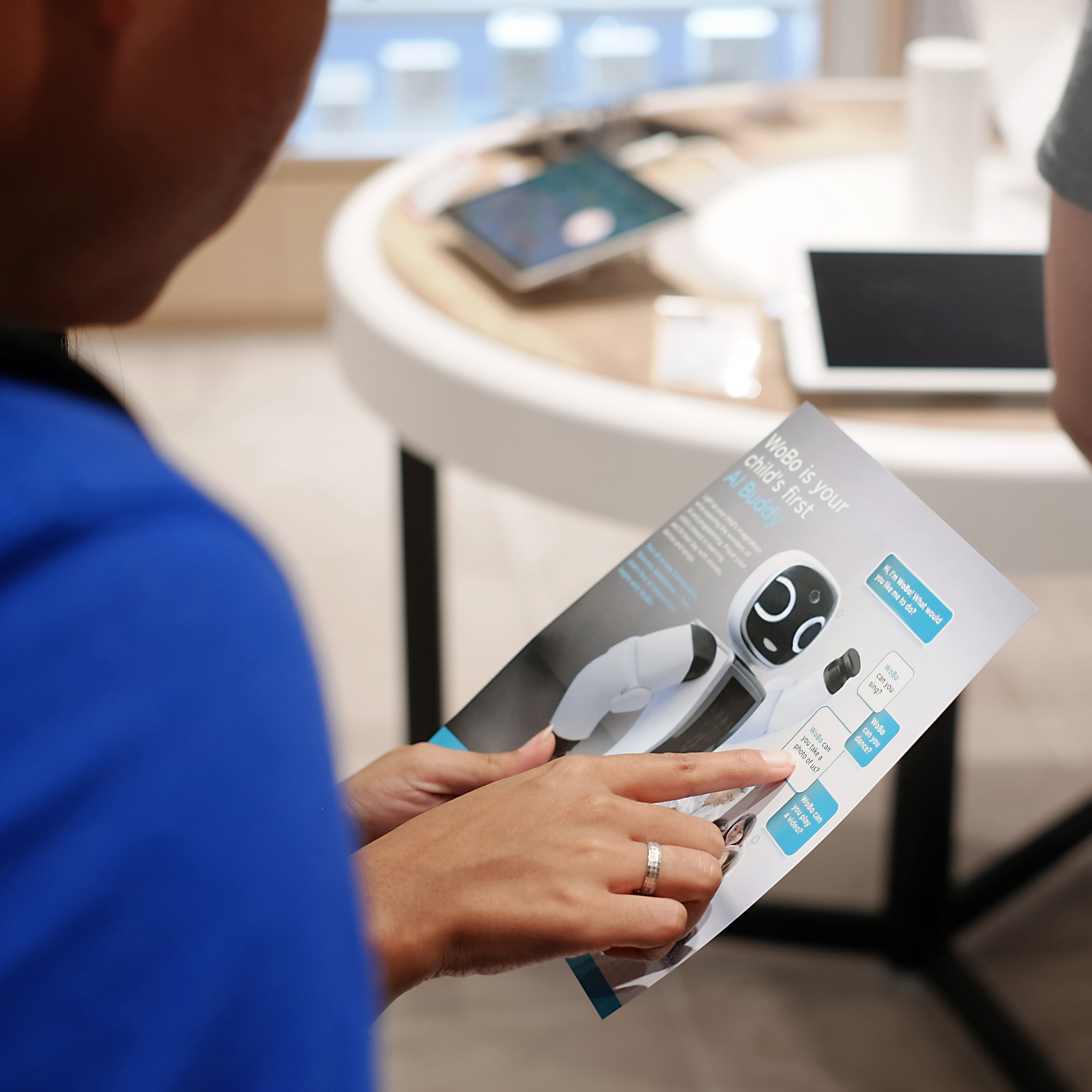 Visual messages were created to facilitate the launch of WoBo. The visuals envisioned WoBo to be integrated into the lives of families. Hence, images of families with children having fun with WoBo were used. This associated WoBo as a human-like AI which is adaptive to children and families. The tagline, “WoBo is your child’s first AI Buddy”, was created to position WoBo as an AI that communicates and grow with children. The overall message presented WoBo as a multi-functional AI companion, educator, and entertainer. The message was then reinforced with the emotive icons. 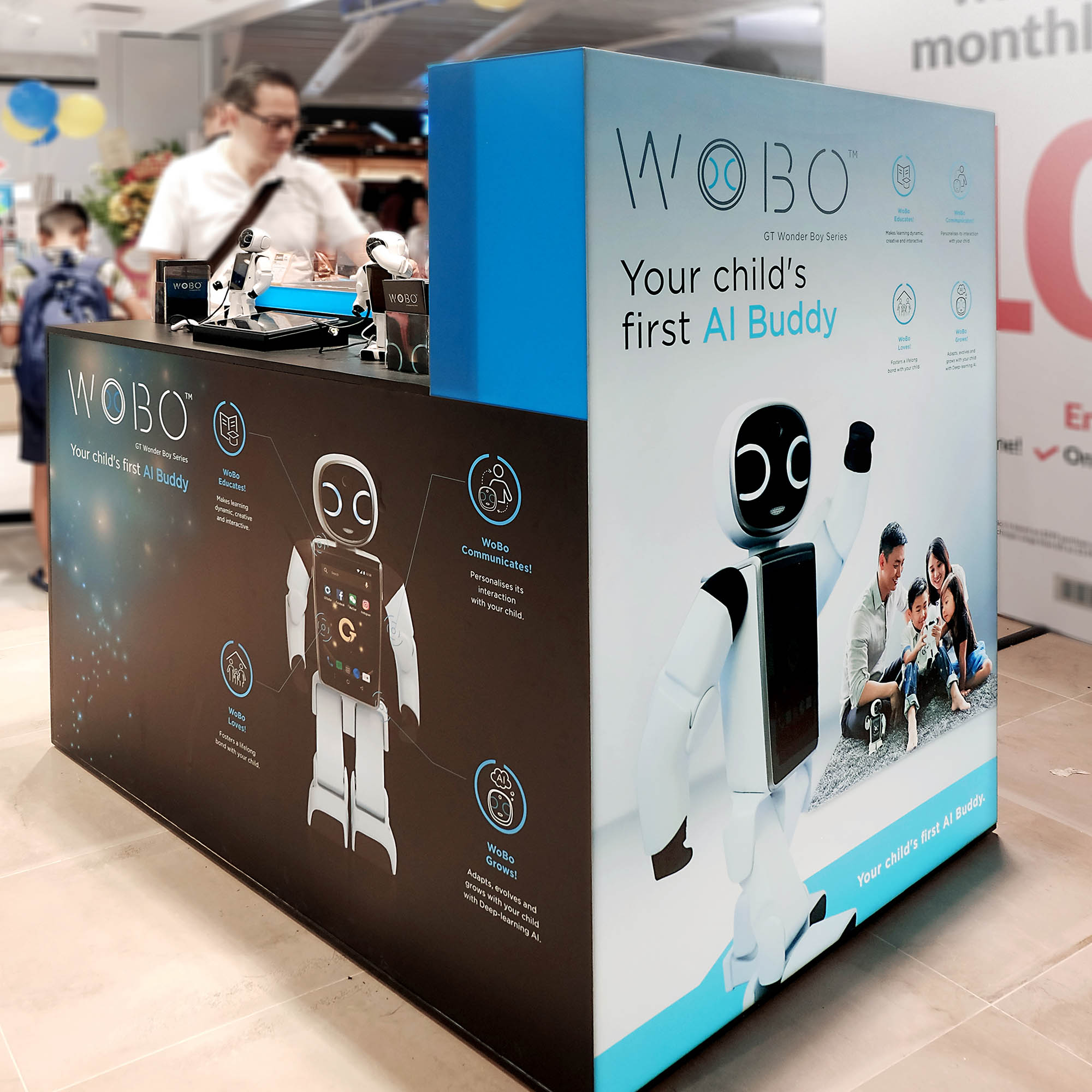 Adwright created the wireframe and design for WoBo’s launch website. The website was designed with a futuristic, dark and neon-lit appearance. The website implemented user-experience elements to display WoBo’s features in an interactive interface. Web visitors were guided with a variety of videos showing the operating process of WoBo – from its start-up to its various actions. The videos attracted attention and informed audiences about the AI’s capabilities. The purpose of the microsite was to educate potential customers on how to operate, command, and interact with WoBo. 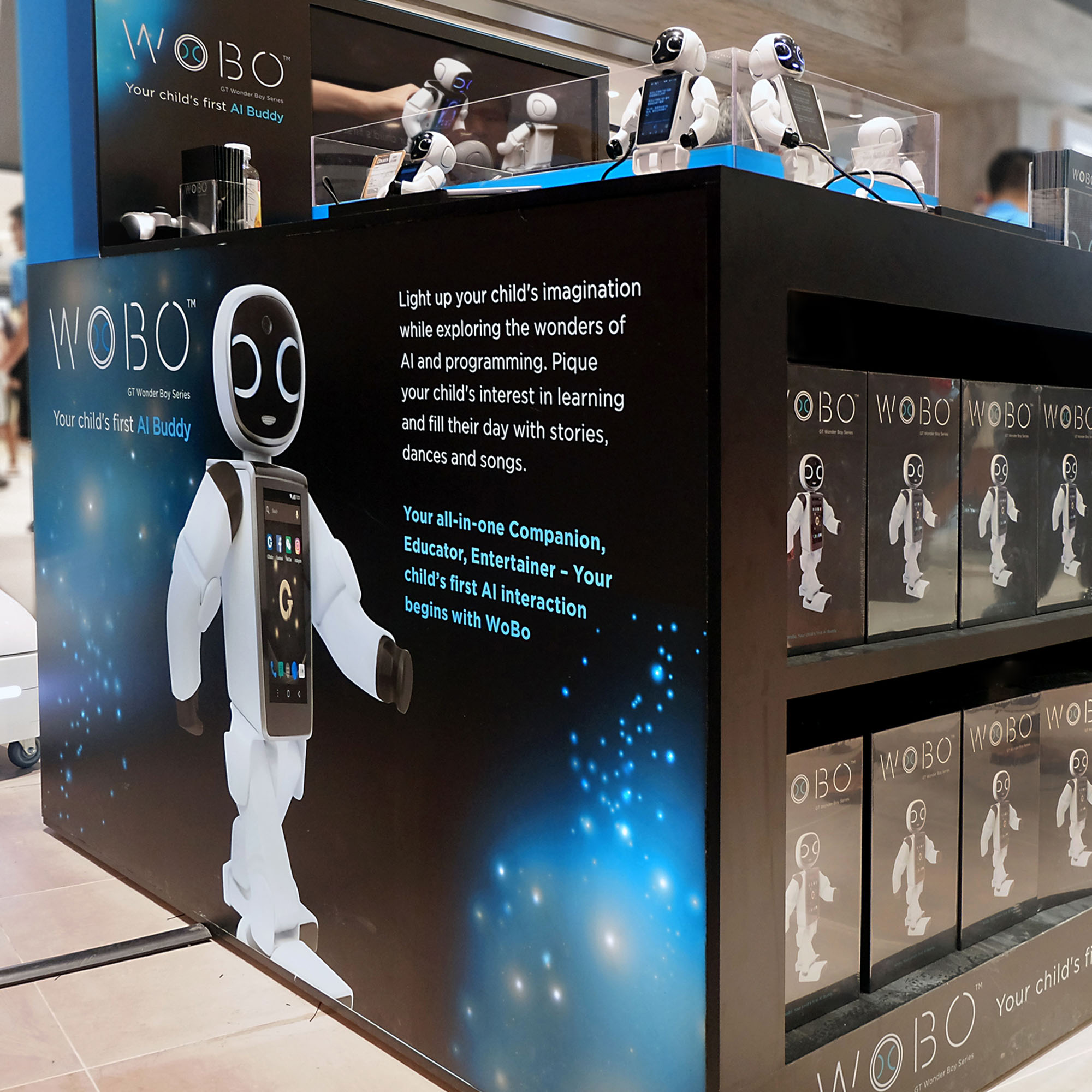 WoBo was successfully launched on 29th June 2019 in Courts with a consistent brand image spanning across different materials. Adwright had transformed a technologically advanced robot into something the consumer can relate to and be interested in befriending their child with. 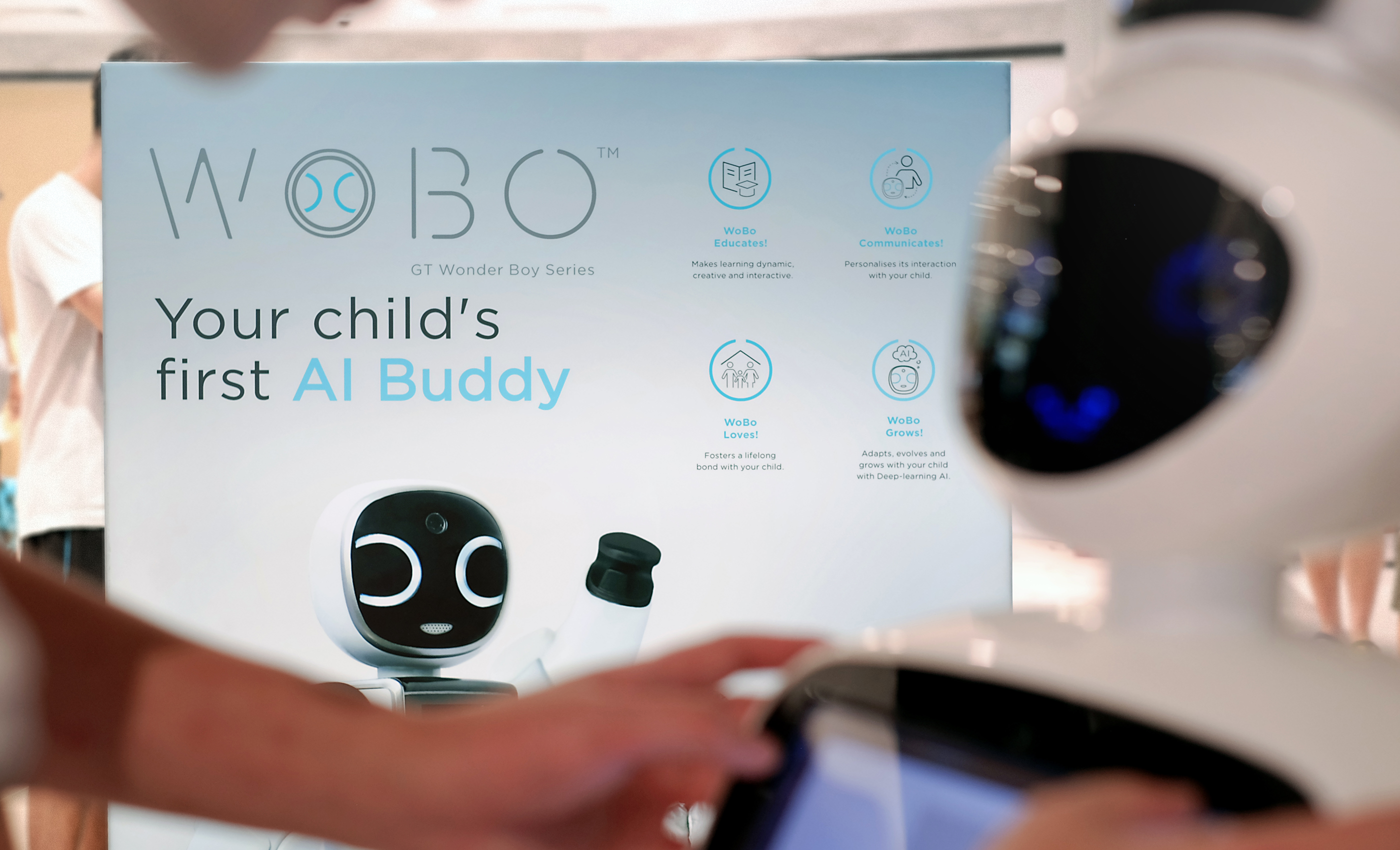 An open display platform was designed for the Courts retail launch at Funan. The display platform featured visuals created by Adwright with bright LED lights, to create brand consistency and association. Five units of WoBo were displayed on the surface of the display for the public to interact with. Tablets were also placed beside each unit which displayed the microsite that was created by Adwright. The microsite showcased the various commands that store visitors could use to interact with WoBo directly. Besides the tablets, a 32 inch TV was attached on the retail display which played videos about WoBo’s commands and actions. 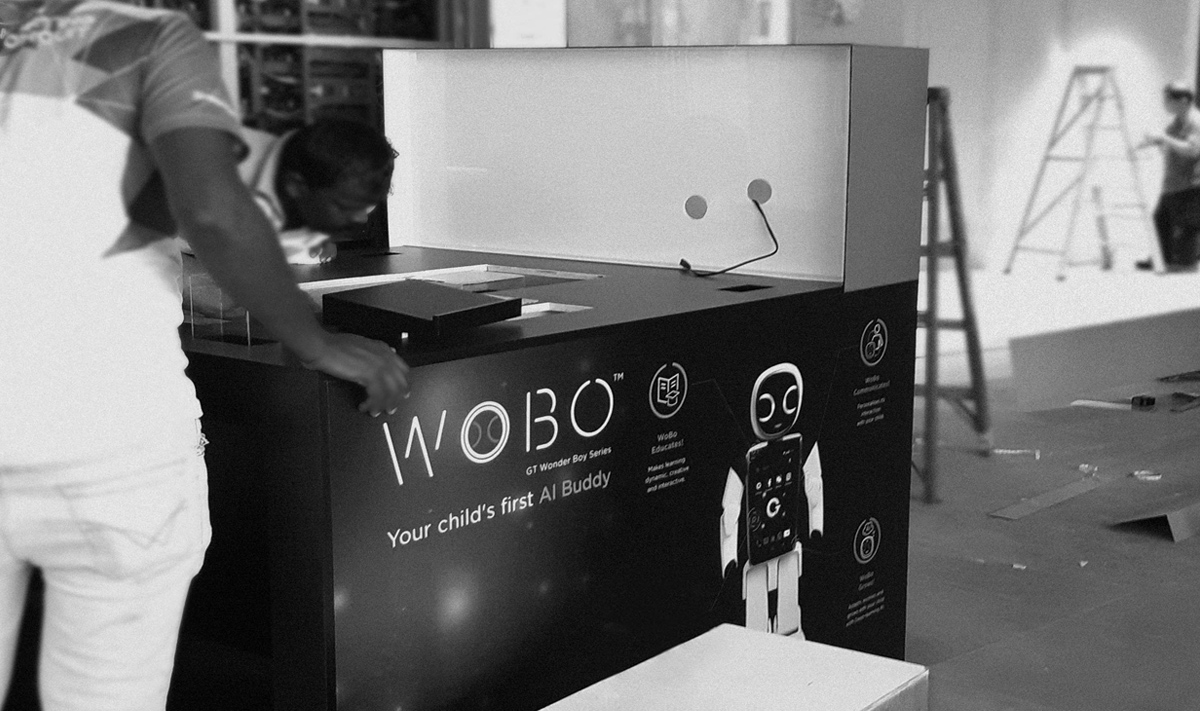 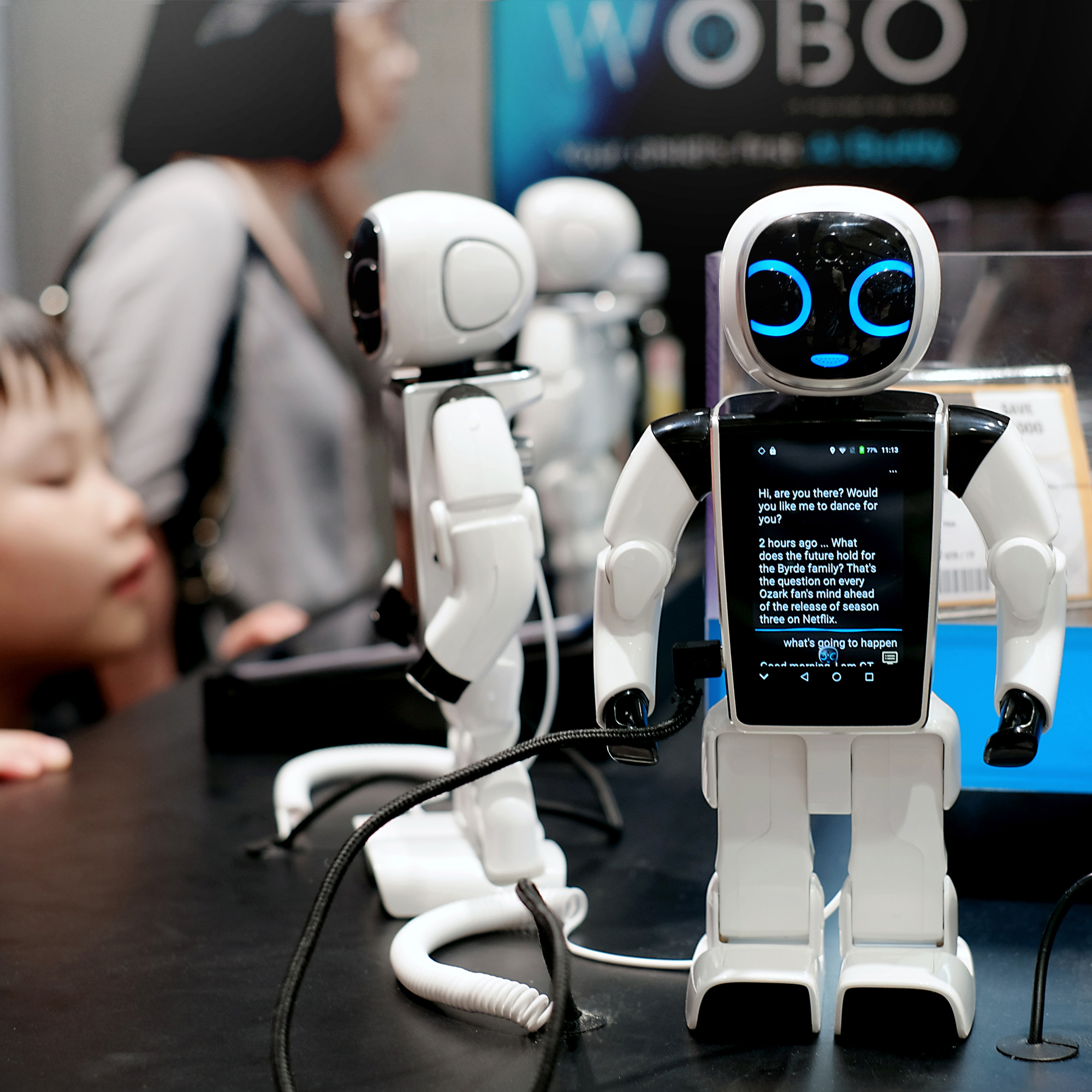